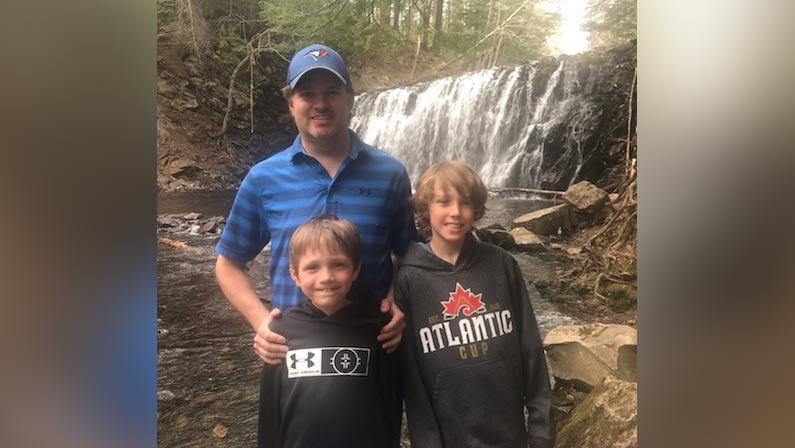 For Father’s Day we at Select Medical Connections are showcasing one of our very own travel nurse dads, Trevor from Nova Scotia.  Trevor’s story is a great example of how travel nursing can fit into the lives of our nurses both away and close to home.

Trevor enjoys working in small town hospitals. He was born in Nova Scotia and that’s where he and his partner, Erin decided to raise their boys – Jacob (10) and Nathan (8). As an ER nurse and a father, Trevor found life-work balance by choosing a “casual” RN status. By foregoing benefits in favour of schedule control – Trevor was able to select the shifts he wanted and still make time for his kids’ hockey games.

This #dadnurse was interested in travel nursing but wasn’t quite sure how to make it work. Being from the Maritimes, he had never been out West and was curious to experience more of Canada. Moreover, the biggest draw for him was the compensation – the opportunity to earn more on an adventure was enticing. So Trevor signed on with Select Medical Connections in 2018 to explore the idea more seriously. But the logistics were complicated and he couldn’t quite make it work. Then COVID happened.

“It’s one thing putting yourself at risk, and another to put your family at risk.”

In April 2020 Trevor accepted a three-week travel nursing contract in Bella Coola, BC. Being a frontline worker during the Coronavirus posed a real threat to his wife and kids. In his own words, “It’s one thing putting yourself at risk, and another to put your family at risk.” Trevor’s concern propelled him to temporarily relocate across the country and finally accept his first #travelnurse post…

His desire to keep his family safe in uncertain times resulted in his first (but not last!) trip to BC. Following a successful experience, he signed up for a second travel nursing contract in Dawson Creek, BC that June.

Trevor finally got the opportunity to see the West Coast even if it was somewhat restricted due to the pandemic. He spent a lot of time outdoors during both of his contracts, hiking and playing golf amidst the mountains. But it was also difficult to be away.

Even with confidence that it was the right thing to do, Trevor missed his family and they missed him too. The distance was particularly hard on his youngest son and Trevor simply wasn’t ok with that. He knew what he had to do. He returned to Sydney, NS that summer and decided he would not be leaving for an extended contract again while his boys were still young. 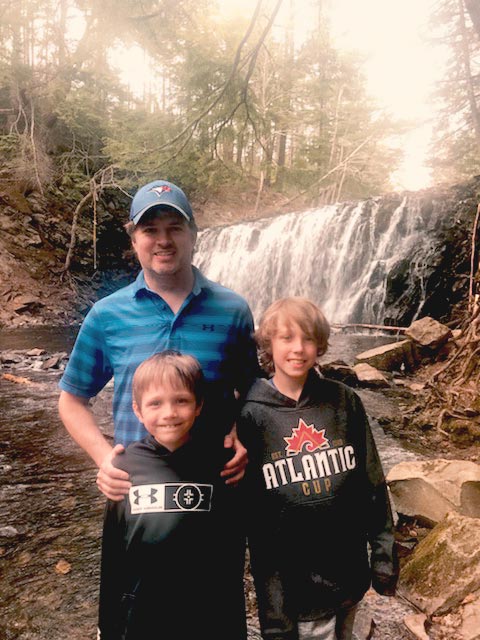 Trevor and his boys at Gillis lake falls, Nova Scotia. 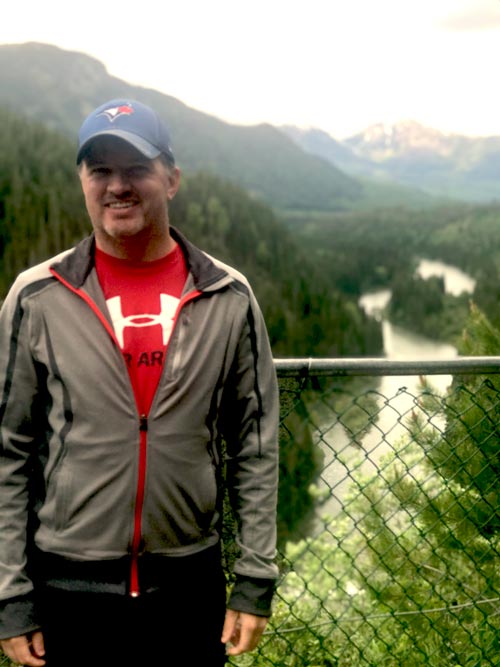 But the travel nurse opportunities don’t have to be far from home!  Working with his SMC career consultant, Callie, Trevor was able to find a contract closer to home  – in Digby, NS. Now assigned to a healthcare facility that’s six-hours from his family, Trevor continues to take casual shifts in Sydney while on contract in Digby. His work life is varied, not monotonous and that’s how he likes it.

Having always been drawn to the exciting and broad experiences of the Emergency Room, Trevor sees a lot of parallels between ER nursing and fatherhood. Both opportunities, in his words, “offer ups and downs.” They are exciting and fast paced, but come with unexpected outcomes…some of which can be scary to face.

This weekend we want to give a big shout-out to all the nurse-dads out there who make sacrifices with their family everyday to provide top-quality care to strangers. Cheers to the adventure of fatherhood, and all the life lessons that come with it. We would like to wish the happiest of Father’s Day to all the dad-nurses out there!