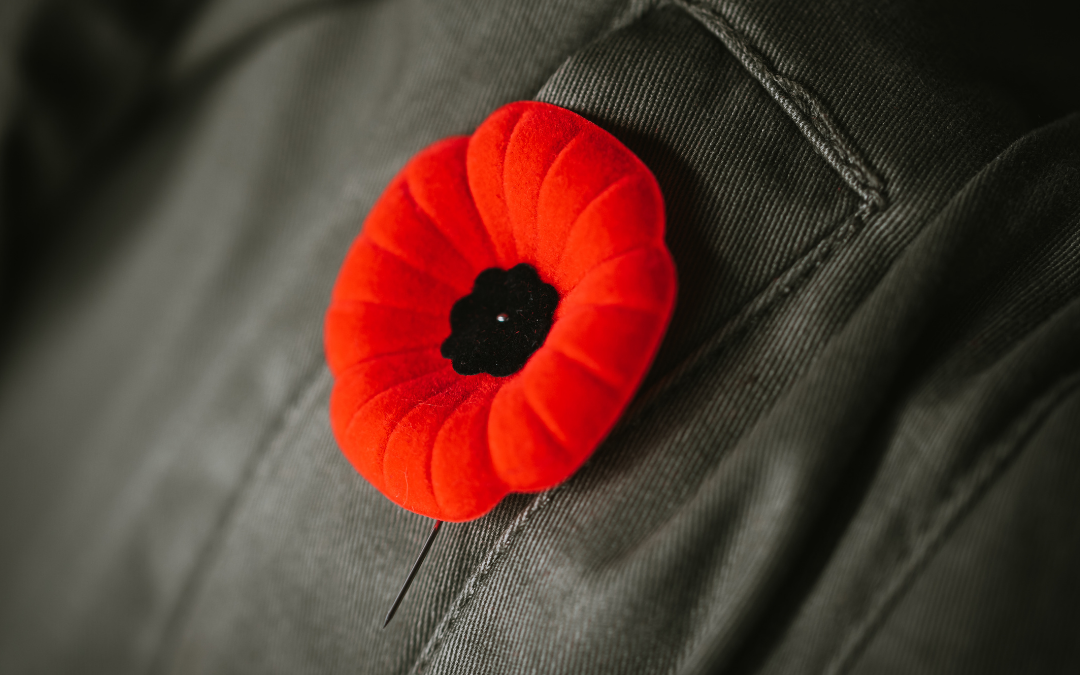 This November, Select Medical shared stories of famous nurses who served veterans both at home and abroad over the last 150 years. These courageous individuals often encountered the same hazards and conditions as the soldiers with whom they served and over the years, their devotion has earned them a very high reputation among the troops.

We want to take the opportunity this year to remember the brave colleagues that came before us. They can be understood as the very first travel nurses and they helped define our profession as one that provides care and humility in times of conflict.

“When you’re in your 20s and you see the stuff I saw — you shouldn’t have to see that stuff.”

Canadian nurses started playing a vital role in our military service during Canada’s North-West Rebellion of 1885. Often remembered for the resistance leadership of Louis Riel, this uprising enlisted nurse support both at home (making bandages, preparing medicinal supplies) and on battlegrounds. Specifically, seven nurses served in Moose Jaw and Saskatoon, Saskatchewan. Their tour of duty lasted only four weeks but their impact cemented early links between nursing and the military. 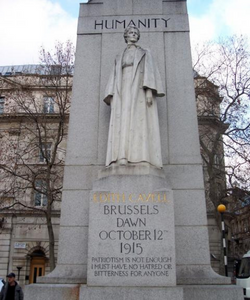 Edith Cavell was a famous British nurse who made history in WWI by providing care to soldiers on both sides, regardless of their nationality. She was sentenced to death for helping about 200 allied soldiers to escape German-occupied Belgium in 1915.

The night before her execution, she famously stated “Patriotism is not enough. I must have no hatred or bitterness toward anyone.” Her famous quote reminds us all of the impartial nature of nurses’ work. That a patient in need should be treated with care regardless of nationality, race, and orientation. Nurses are compelled to serve those in need without prejudice and Ms. Cavell was the one who caught the world’s attention with that humble but powerful truth.

Charlotte Edith Anderson Monture was the only First Nations nurse known to have served during the First World War. She was a Mohawk nurse from Six Nations of the Grand River, Ont. but she enlisted with the U.S. Army Nursing Corps.

The reason Mrs. Monture joined the American effort instead of the Canadian was a direct result of the discrimination she faced at home when applying to Nursing Schools. She ultimately applied to the New Rochelle School of Nursing in New York where she graduated at the top of her class.

Charlotte was 27 years old when she volunteered for service and arrived in France in March 1918. During the war, she kept a journal about her experiences overseas which was against orders. Her notes- which recounted traumatic and personal reflections on war – were published posthumously by her family. Mrs. Monture died on the Six Nations reserve in 1996, a week before her 106th birthday. 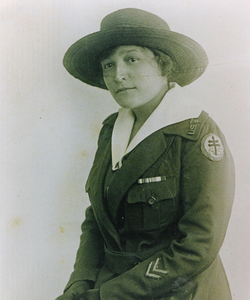 From the beginning, military nurses were referred to as “Nursing Sisters.” They were granted the relative rank, pay and allowances of an army lieutenant. These women supported Canada’s efforts to bring peace and freedom to others in the world:
Today, Nursing Sisters are known as Nursing Officers. They continue to serve with the Canadian Armed Forces Medical Service, both at home and abroad. In recent years, they have supported our country’s peace efforts in the Gulf War, Bosnia-Herzegovina, Rwanda, Somalia and Afghanistan. These courageous individuals often encounter the same hazards and conditions as the soldiers with whom they serve. We are proud of our brave colleagues who remind us that our profession is one that provides care and humility in times of conflict.

Every day we are grateful for the sacrifice and service of our veterans, and the courageous nurses who join them on the battlegrounds. We recognize that war is not in the past and that Canadian Forces continue to put themselves in danger for causes greater than themselves.

Today we take the time to remember and pay our respect. 🙏